An outdoor banner is an advertisement or image printed by an outdoor banner printer. Because it is hung outdoors for a long time, it is easy to fade due to the weather and the sun, resulting in a shortened life. How to make its image accuracy last longer is a problem that everyone of us cares about. Let's teach you a few tricks.

Firstly, Advertisements printed by flex banner printer should be hung as far as possible from the sun (especially when the image is attached behind the glass, the accumulated light and heat will further damage the image); secondly, it is better to use better quality outdoor media; if the two conditions are combined well, the image can be saved until the next ad is replaced.﻿﻿

The ink used in advertising printer needs to be UV-resistant. Among the inks used in large format digital printers, dye ink is the most commonly used ink, but it is easily cracked and faded by ultraviolet radiation. For example, sublimation ink is dye ink, which is not used in outdoor printers. 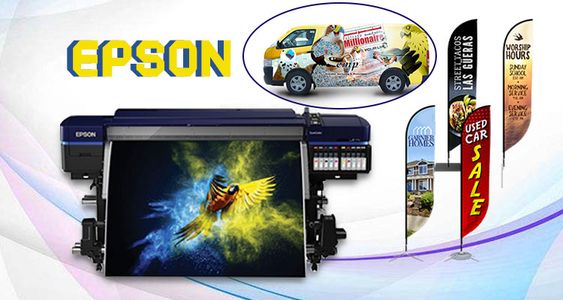 ﻿Eco-solvent Ink is the most commonly used ink for outdoor advertising printer, so we also describe outdoor printers as Eco-solvent Printers. Although this ink is also a dye ink, it has a strong anti-ultraviolet and anti-weathering ability, and it can maintain the image color for a long time outdoors. And compared to the traditional pigment inks used in outdoor printers, its particle diameter is smaller, the use is smoother, the nozzle is not often blocked, and there is no harm to the environment.